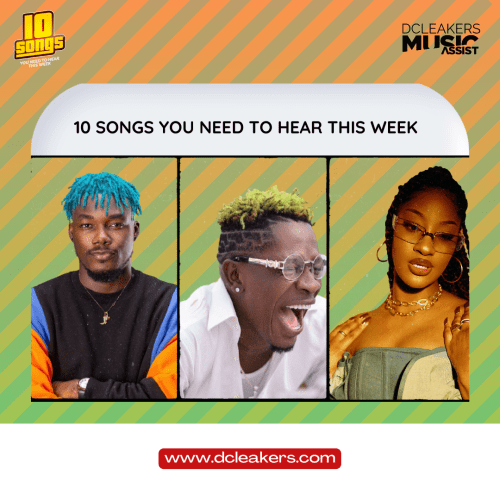 With the help of the star-studded Sugarcane remix, Camidoh releases a new single in an effort to maintain his domination on a global level.

The talented Ghanaian musician and producer has been touring the world with King Promise and Mayorkun to perform his viral hit song “Sugarcane,” the remix.  He has made a name for himself as a well-known musician and is rapidly moving up the African music ladder.

The song “Kaba,” which Camidoh previously premiered at the recent Ghana Party in the park in London, is his latest serving. The crowd sang along to the song perfectly after a few tries, which wasn’t terrible for a song that hadn’t yet been released.

With Kaba, Camidoh is certain to continue on his current trajectory because the song is certain to appeal to all tastes and has a lot of commercial potentials.

High-profile Nigerian disc jockey DJ Tunez, who resides in America, has given music fans with more than they could have expected for three weeks in a row.

The song “Bad Girl” is a sequel to his previous two singles, “Already” and “Fire Di Party.”

JAE5 is back at it again – as one of the UK’s most coveted, as well as Grammy-winning, producers, he is the mastermind behind some of the nation’s biggest hits. After deciding to jump into his own spotlight last year by releasing his highly anticipated debut single ‘Dimension‘ featuring Skepta and Rema, he now returns with brand new track ‘Propeller’, perfectly in time for the ongoing summer season and current heatwave.

Known for consistently collaborating with high-profile artists, JAE5 doesn’t disappoint with his featured guests this time around either, as the new release features Nigerian Afro-fusion singer, BNXN, formerly known to fans as Buju, and London’s musical wunderkind, Dave.

‘’Propeller is big link up. Buju is one of the most talented guys I’ve worked with and if you add in my guy Dave, who always kills it when we link up – you can only imagine what’s about to happen!’’, expresses JAE5. ‘’Propeller is a special record. It came from JAE5 having faith in working with me when he first came to Lagos, then to me telling my story and representing for the part of the city I grew up in and finally having a class act such as Dave to bring it all to life was something the world needed to feel. I’m happy everyone can get to experience this’’, BNXN shared.

The track carries a nostalgic feeling as the trio reminisce on the old days when all they had was ‘sleep for dinner’ and hung out with their crew on the block – compared to now, when they can ‘sleep in south and chill in the west end’. The accompanying music video, directed by frequent Dave collaborator, Edem Wornoo, was filmed in Gbagada, Nigeria and brilliantly depicts the mood of the song – in a vibrant, colourful setting, we find the trio celebrating how far they’ve come.

With JAE5’s signature afro-infused melodies, Dave’s effortless rap flow and BNXN’s flawless vocals, ‘Propeller’ is destined to be the track that you can’t help but dance along to and play on the speaker all summer long. Although he is somewhat a veteran in the game already, JAE5 is only just getting started so keep an eye out for much more music to come.

This past week, Ace Nigerian Rapper Phyno shared a sneak peek of his new song on social media. The teaser, which was shared on Instagram, received a ton of attention and greatly increased anticipation for the song’s release. The frontman of Penthauze has released the song “Full Current (That’s My Baby)” in its entirety.

Tekno, a seasoned Nigerian producer, and vocalist is featured in the Young Willis-produced song.

With her voice on the trailer for Marvel Studios’ most recent project, Wakanda Forever, Tems has maintained her position as the dominant aura both domestically and internationally. Read more about the story below.

Tems, who composed the soundtrack for the Black Panther: Wakanda Forever trailer from Marvel Studios, has added another major triumph to her resume.

Tems sang a cover of Bob Marley’s No, Woman No Cry with a Kendrick Lamar sample of Alright during the dramatic two minutes and a few seconds long teaser, which had its world premiere on the 23rd of July in Comic Con.

This feat follows the singer’s two victories at the just-ended Black Entertainment Awards and a second victory from the Nordoff Robbins Music Therapy Organization, known as the Raymond Weil International Award, a few days later.

Amaarae & MARVEL – A Body, A Coffin

Amaarae, a producer and vocalist of American-Ghanaian descent, has long been a defining voice in Africa’s Pop culture. Her remarkable work ethic has aided in both domestic and international success for her.

The SAD GIRLZ LOVE MONEY hitmaker just achieved another significant victory and contributed to one of the soundtracks for the Marvel Studios film Black Panther: Wakanda Forever.

Having collaborated with Mega EJ for last year’s “Hasty Deluxe” – the 8-track Afrobeat EP that cranked out hits ‘Hasty’, ‘Winnie Mandela’ and its remix, Tripcy wants in on the ongoing summer happenings and ‘Captivate’ is his ticket.

Mostly thanks to the percussion-heavy backdrop Tripcy and the production-savvy Nektunez engineers, next to a stirring row of Southern Africa-sounding chants (yes, this is an Amapiano song) and a couple of jungly yelps that will feel right at home once you’re caught neck-deep in the bliss of clubbing.

Of the featured bunch, Skillz 8figure is the only distinct voice to be made out, hopping in midway to show the girls some love. ‘Captivate’ is one cracker of a club treat done Amapiano style and is Tripcy’s imprint on the ongoing Summer ‘22 happenings.

In his latest song titled ‘King Of Kings,’ Shatta Wale makes it quite apparent that he has no fear of anything and is prepared to humiliate any adversary.

King Of Kings is here to make up for the delay in the long-awaited album release from Shatta Wale.

The Bullhaus Entertainment singer and songwriter secures this potential chart-topping afrobeat club banger, which serves as his third single of the year.

He recruits the AMG Business rapper, Medikal who delivers his maximum best on this Genius Selection production.

Vanilla, who is a former contestant of the music talent reality show, Mentor, is gifted with dynamic vocals. His ability to deliver top-notch live performances gives him an edge on his colleagues. 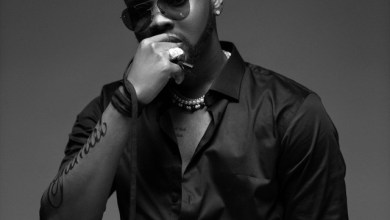 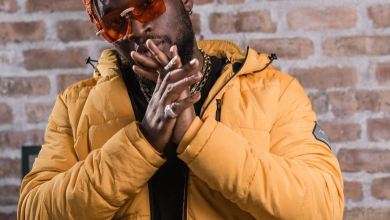