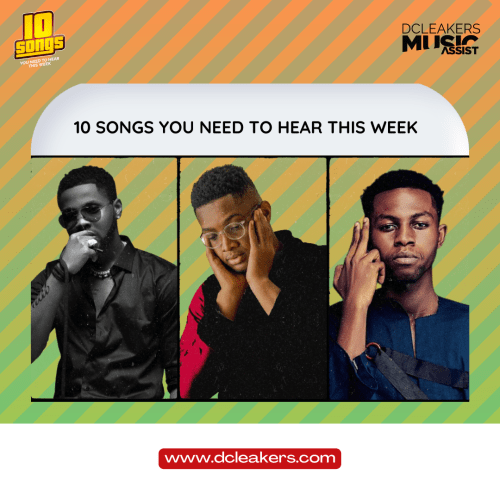 The song, which features Ghanaian recording artist and music executive Smallgod, is now officially available. Given that it emphasizes the team’s players, this anthem is appropriate for the Black Stars.

With his Tekno-assisted song “Buga,” Nigerian hitmaker Kizz Daniel few months agao put the entire world in a chokehold. With his most recent song, “Cough (Odo),” the award-winning Nigerian artist is prepared to take the globe on another adventure.

The simple but catchy tune has the potential to become one of December’s party anthems. With practically every release, Kizz Daniel has constantly had commercial success, so it goes without saying that this will also do the same.

A run of flawless tracks by Nigerian musician 1da Banton has led up to his most recent song, “Ego.” In the new song, he emphasizes his “lover boy” mantra, assuring his love interest that she will receive ego, which is Igbo for “money,” as payment for her commitment. Just as the lyrics state, “as long as say you go dey my side oo I go give you money, money, ego.”

The skilled beatmaker Pimpzbeat produced “Ego,” which is 1da Banton’s third official song for 2022, a year that has been “completely successful” for the singer. Adasa Cookey’s appropriately themed music video completes the song.

1da Banton is maintaining the pace and creating the required hype for his next project by releasing this song. The fans will undoubtedly receive many surprises from 1da Banton as time goes on.

Ghanaian recording music artist and businessman, D-Black has released his third single of the year. His last song, “Glory,” which featured Sefa, had phenomenal success across all music platforms. D-Black, poised to continue the trend, releases a new single named “Trotro Vibes”

The lead song from D-sixth Black’s studio album, “Ghanaian Visa,” “Trotro Vibes,” is a blend of Amapiano, Afrobeats, and Hip-hop. Major League DJz from South Africa, Sefa and Mona 4 Real from Ghana, and Ginja of Hype from Nigeria all appear on the genre-defying song!

Flamez On Da Beat is credited for the production.

Small Doctor makes a triumphant return to the music industry following a brief absence. He releases a brand-new song titled “See Me” with Mr. Eazi, a well-known musician and entrepreneur.

The incredibly talented beatmaker Krizbeatz created the song “See Me,” which serves as Small Doctor’s first official single of the year. It comes just after his previous hits, “Hain” and “Mademan,” which featured Davido.

Bryan The Mensah, a gifted rapper, and producer from Ghana, has shared a new tune to resume his music releases. After releasing the official video for “Until I See You,” a fan favorite track off his Road To Hastafari album, which features Titi Owusu, Bryan The Mensah went into hibernation.

The newest single by Bryan The Mensah is a remix of his well-known tune “Problem No Dey Finish.” Medikal, an award-winning Ghanaian rapper, adds a new layer of rap to the song.

Bryan The Mensah teased the song with Behind The Scenes videos of the song’s recording process before it was officially released. These videos received a ton of attention and gave the release more momentum. Now that the music is here, it sounds precisely as predicted.

The brand-new single “Nyash” from NSG is energetic and comes with a scorching hot music video that fits the song’s title.

Giggs, a legendary UK rapper, makes an outstanding appearance on the tune and effortlessly reminds us of why he has earned a reputation as a seasoned veteran in the industry.

Nigerian disc jockey and music producer, Spinall keeps providing fans of music with incredible tracks. His most recent work is no exception.

The well-known DJ releases a new song called “Top Mama,” which was inspired by Amapiano and features Reekado Banks, the lead singer of Banks Music, Phyno, a seasoned Nigerian rapper and singer, and Ntosh Gazi, a South African musician.

Johnny Drille – How Are You (My Friend)

Johnny Drille, a talented Nigerian singer with Mavin Records, has shared a new number titled How Are You (My Friend). The tune is a demonstration of Johnny’s versatility as he moves fluidly over the afro-pop music.

Don Jazzy is behind the production of Johnny Drille’s second single for 2022, How Are You (My Friend). It comes immediately after the release of his previous song, “You’re Just Single,” which was in February. 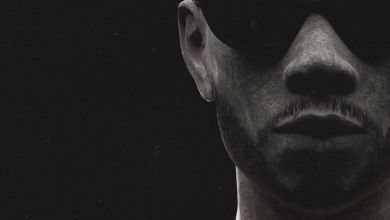 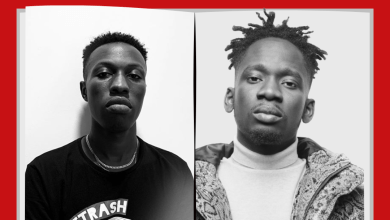