While Gidochi has been known over the years for his hit songs like With You, High with me which featured the Reggae/Dancehall act, Stonebwoy, the young singer shows how his Afrobeats side on this new single.

Gidichi XXL song expresses his profound love for his lover. According to the singer everyone has that one person they share an XXL kind of love with. Most of the time it’s their partners.

The silky voice singer teams up with Nigeria’s sensational producer – Kel P on this jam.

The duo comes forth with this masterpiece produced by Kobe Norths after successfully chalking a mega collaboration on their ‘Otan Hunu’ song.

Snippets of Happy Day leaked earlier today on twitter where music critics tagged ‘Happy Day’ as a political and campaign song for the current sitting Government – NPP. Sarkodie was heard praising President Nana Akuffo-Addo for initiating the Free SHS policy and also providing stable electricity. Well we can’t really concur to this affirmation until both parties involved do so.

Singitdamnit Award winning rapper – M.anifest aka the godMC teams up with The Mastercard Foundation to create awareness with this song titled ‘Its Up to Us’.

Manifest cautions listeners to adhere to the safety protocol put in place in fight of COVID-19 and embrace the new-normal by wearing #FaceMask often. Production credit goes to MikeMillzOn’Em.

Ghana’s trending rapper Amerado after a brief announcement is out with what he calls the 2020 official Christmas banger titled Kyer3 Me. The much-anticipated hiplife song features veteran musician Okyeame Kwame. In the song, Amerado was seen taking advice on how to love his partner from the experienced Okyeame Kwame who is known to be a lover boy. The content of the song explains the concept behind it.

The DIOS EP is a project created through a collaboration between versatile producer Drvmroll, and ‘World Music‘ superstar talent Worlasi. The two musicians have both been fans of each other’s work for a while. So, when the opportunity came to collaborate, they were both enthusiastic to make it happen.

DIOS stands for Did It Ourselves, which signifies how much of themselves the duo put into this project. During the production, things didn’t go exactly as planned. Some people who were supposed to help on the project weren’t able to come through for one reason or another. And in the end, Drvmroll and Worlasi had to come to terms with the fact that whether or not things went according to plan, they were going to get it done. 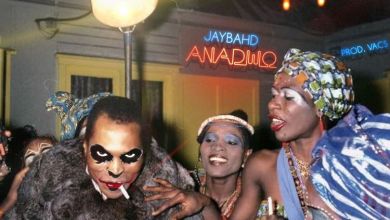 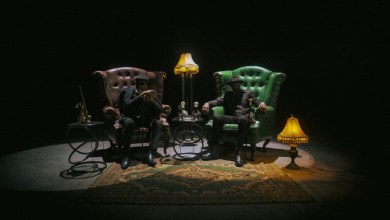