Jorja Smith & Guiltybeatz – All Of This

Jorja Smith is the latest entrant to the world of Amapiano. The American singer-songwriter makes a return after her recent EP, Be Right Back, with her new single, “All Of This”, which features production from Ghanaian producer GuiltyBeatz.

When the EP dropped back in May, Jorja Smith made it known it was a hint of what to expect on her impending album.Details on what exactly that could be were somewhat elusive, so it’s not clear if this new single will form part of a larger project or not; either way, it’s a welcome surprise on the way to whatever comes next.

Announcing the release of ‘All Of This’, Jorja explained how the song came about. She said;

“I met [Guilty] when I went over to Port Antonio in Jamaica for a writing camp in 2019. He’s so wonderful to work with and when we initially started the song, it was more a fall to the floor type beat. He’s shared Amapiano playlists with me before and then during the first lockdown in 2020, he sent me a version of the song like it is now. It’s all about someone who doesn’t deserve you and thinking, ‘Wow, you really had all of me once. Ew.’”

Highly talented Ghanaian singer-songwriter, Gyakie in her strive to maintain her good form and upward trajectory, delivers her second output for the year titled ‘Need Me’.

Produced by SosaWaveGod, the fine textured soothing tune follows her Omah Lay assisted Forever remix which is still making waves across the continent.

‘Aketesia’ is Kweku Darlington’s second single of the year and follows his previous release, the remix of his highly acclaimed song ‘Sika Aba Fie‘ which features Kuami Eugene, Yaw Tog and Kweku Flick.

Co-produced by two of Nigeria’s most talented music producers Philkeyz and Blaise Beatz, ‘Lie’ will serve as Kizz Daniel’s second official single for the year.

Furthermore, Kizz Daniel has made known his intent to drop a long format studio project later this year.

This is the second time Zlatan and Buju have collectively worked on a song with the first being Buju’s Spiritual released in 2019.

Queen of Nigerian Afro-house, Niniola shares her take on amapiano with a new song she titles ‘Too Sweet (O’Dun)’.

This registers as Niniola’s third output for the year so far and a follow-up to her successfully released ‘6th Heaven’ EP.

Nigerian singer-songwriter and performer, Yemi Alade ahead of her impending album release dubbed ‘Queen Don Come’, gives listeners a hint of what to expect on the album with new song titled ‘Ogogoro’

Ogogoro is a mid-tempo song that shows off the pop/R’n’B side of Yemi Alade, who further complimented the tune with Ragga overtones.

This year’s numbers as the fifth installment of the long-length body of work which incorporates rhyme, rhythmic speech, and street vernacular.

The Phredxter produced record commemorates Lyrical Joe on his birthday.

Following the successful lay out of his captivating ‘Perfect Picture’ series, DMW recording music artist Dremo finds it necessary to drop another banger.

He calls on award-winning Nigerian Reggae/dancehall artist Patoranking to unlock this new number.

Produced by Skitter, ‘Wonder’ serves as Dremo’s second official single for the year. It comes after the Duke Blac-produced record ‘See You Next Week.’ 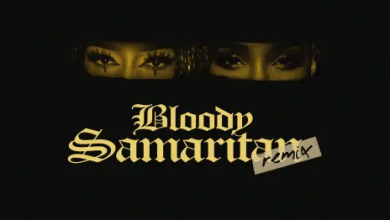 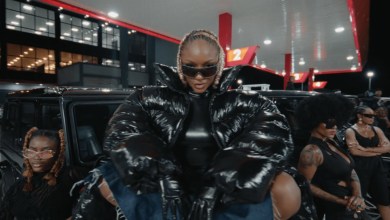 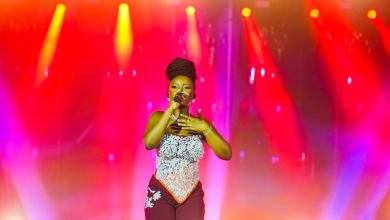