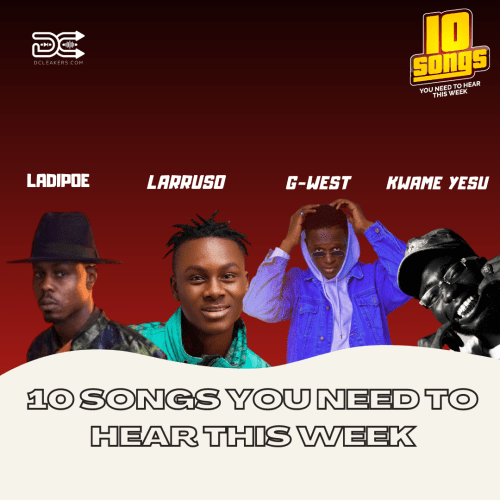 AV is leading a charmed life and is hoping to reinforce his current stand in the Afrobeat eco-system with a second shot.

AV shot to fame with his debut single ‘Big Thug Boys‘ which was released earlier this year in June. In a short span of three weeks after it’s official premiere, the song occupied the number one spot across all digital streaming platforms in Africa.

The young talented singer rides on a Tempoe production for his second output for the year titled ‘Confession’. Reminiscent of the scheme used for Big Thug Boys, a listener is sure to connect to the lyrics and enchanting melodies of Confession.

Ghanaian songwriter-singer G-West, popularly also referred to as the ‘Young Amakye Dede’ from the inception of his career, has stunned music lovers with his smooth and soothing voice. The young act has taken us through the various stages of love and heartache. It therefore does not come as a surprise to see his voice recruited on this DC Leakers exclusive titled ‘Currency’.

DC Leakers has over the last few years made its name from serving lovers of the craft with amazing new releases from the artistes they love and has also played a role in the reach and growth of various acts in the entertainment industry in Ghana and beyond. It is no surprise, that as a powerhouse, we are branching out deeper into a field we are ever so passionate about.

The beauty of this song lies in the fact that apart from the fact that it was produced by two of the finest new school producers in the Ghanaian music industry namely Ashbel and O’Nana, it also follows the Amapiano genre; a genre which has travelled from the other regions of Africa and has quickly captured the hearts of many Ghanaians, hence making a home here. ‘Currency’ is a production masterpiece as it showcases both skill and talent.

The instruments and lyrics are aptly laced together and do not overshadow each other, but rather work hand-in-hand to make it a great music experience for listeners.

Prior to the release of his ‘Providence EP’, Mavin Records recording music artist Ladipoe offer listeners another feel good experience with another impressive serving.

Banks Music frontman, Reekado Banks comes through with a new solo effort after taking a short breather away from the music scene.

Reekado Banks gives a shot at what is currently the biggest genre on the African continent, that is Amapiano in his new single he titles ‘Ozumba Mbadiwe.’

Be that as it may, Reekado Banks reported to the party late, he makes his exceptional talent prevail.

Produced by hit-making music producer P. Prime, Ozumba Mbadiwe serves as Reekado Banks’ first official single for the year. It is a follow-up to his previously released body of work, the seven-track Off The Record EP that featured Tiwa Savage, Mr Eazi, Harmonize, and AttiFaya.

‘Bondzie’ is a 11-track masterpiece named after M3nsa, which is dedicated to himself and his musical journey. This body of work features M.anifest, Efya, Gasmilla and Wanlov The Kubolor.

Listen to ‘Format’ below.

Multifaceted Ghanaian recording music artist and producer, Quamina Mp shows up right on time with Christmas just around the corner. Having made crucial contributions on recent releases by Kelvyn Boy and D-Black on songs ‘Choco’ and ‘Enjoyment Minister’, Quamina Mp gives boost to his fine form with a new number.

Titled ‘Bordoss’, Quamina Mp together with Africa’s most decorated rapper, Sarkodie free their energies into this fast-paced danceable song, produced by DZY.

‘Bordoss’ serves as Quamina Mp’s fourth official release for the year 2021 so far.

Produced by Unklesmery, ‘Ma’sem’ serves as Kwame Yesu’s third output of the year and a follow up to his previous single ‘Sauce‘

Demarco feat. Sarkodie – For You

Jamaican dancehall singjay, Demarco teams up with Ghanaian rap heavyweight, Sarkodie on this record titled ‘For You’. He scoops this potential street anthem off his new studio album, ‘Melody’. 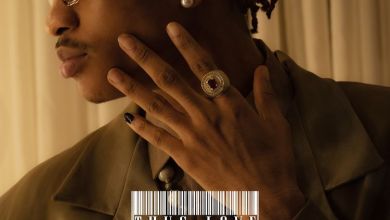