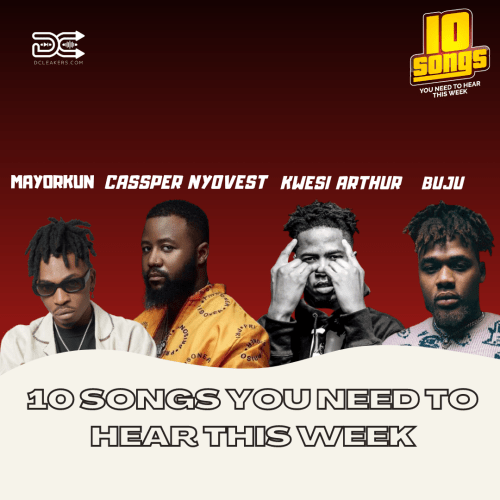 With little or no idea as to when Kwesi Arthur’s sophomore album ‘Son Of Jacob’ will be dropping, the Ghanaian rapper engages his listeners and fans with a new release.

Kwesi Arthur and Medikal incorporate a conversational rap delivery in this exciting Hip-hop record which clearly differentiates this two from other rappers.

This release comes shortly after her recent drop ‘Too Sweet (O’Dun)’ which is also an Amapiano inspired tune.

Niniola has released four songs in total so far this year.

Currently on tour with the CEO of his label Starboy Entertainment in the United States Of America, that is Wizkid, DJ Tunez finds time in between his busy schedules to share new music with his fans and staunch listeners. He calls on one of America’s highly celebrated singer-songwriters Ashanti and Nigerian Afrobeat singer, Adekunle for this soothing bop titled ‘Energy’.

Energy without doubt is sure to fate a banger.

He joins forces with King Perryy on this potential club banger. This record should definitely make it to your playlist.

Veteran Nigerian singer-songwriter, Wande Coal makes a return to the music scene after taking a short breather with a new single. Wande’s come-back have a go at Amapiano and it is entitled ‘Come My Way’.

Co-produced by music producers Burno and Screwface, Come My Way serves as King Coal’s first official single for the year. It is a follow-up to his previous project, the Realms extended play released back in September 2020.

Abotr3 (Patience) which features Black Sherif sends the message of how necessary it is to be serene.

The multi-talented Tomi Thomas is a perpetual dreamer and creator. The Nigerian performer and visual artist continues to astound and amaze with the extended rollout of his latest project. Several genres are represented in his musical expressionism, and his mastery of combining them is beyond artful.

Tomi tapped into hip hop for a floss remix of the hit tune “Hopeless Romantic” and is joined by American rapper Wale for an incredible transformation of the track releasing October 28, 2021.

The remix captures their chemistry sublimely. Tomi’s body of work is a testament to his delivery of low-key nuances mixed with higher vibrations. In the remix, their vocals echo the familiar “Hopeless Romantic” tune. Wale recently stepped back into the spotlight with Folarin II, the sequel to his popular 2012 mixtape.

In what marks his seventh studio album, the rapper highlights a number of collaborations. Tomi Thomas welcomes synergistic efforts and is experiencing buzz from associating with and working with talent from all around the globe.

“This remix is fire. Afrobeat and world subgenres have revolutionized mainstream music.” – Wale

Coming off Strongman Burner’s ‘The Tape EP‘ is this Hip-hop jam titled ‘We Dey Move’.

The multiple award-winning rapper teams up with Nigerian rapper, Ice Prince and A Klassik on this record. This song serves as a follow-up to his ‘Last Verse‘ single.

The 7-track EP tells us how long his fans and music lovers around the world have waited for years for his debut project, since his emergence into the limelight.

Speaking on the inspiration behind his debut body of work, Buju said: “This is my first project and I wanted to make this one special for lovers of my sound. Every track has its message, vibe and taste that will definitely evoke a unique feeling in every listener. My music pattern is quite distinct and I think it’s because I see myself as a mix of Burna Boy and 2Baba with a sprinkle of Khalid and Frank Ocean. Well, this is just my debut, a lot more is coming soon, To Your Ears!!” he enthused.

‘Sorry I’m Late’ was pieced together by multi-talented producers like Timi Jay, Denzl, Steph, and Perlz, who delivered opulent musical excellence with a pinch of African rhythm. This EP is undoubtedly out to earn spots on playlists and streaming charts globally.

Cassper Nyovest took a break from rapping to pursue his new love for singing, churning out some impeccable Amapiano songs which was immensely received by his fans and listeners.

In his latest release, Cassper Nyovest touches base with his Hip-hop fans in his latest drop and also disclaimer to speculations going around about him stopping rap music.Produced by the talented beat maker Oliver King, the mid-tempo tune saw Cassper Nyovest get some things off his chest.

‘The Pressure” released on September 28th 2021 under Family Tree and Universal Music (South Africa), is a follow up to Cassper Nyovest’s Amapiano project which he dubbed ‘Sweet and Short 2.0’. 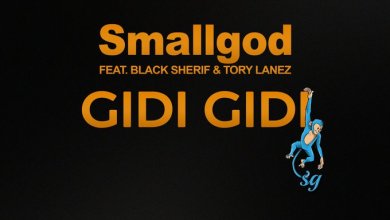 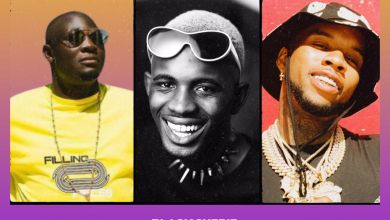 For His Next Release, Smallgod Connects With Tory Lanez and Black Sherif 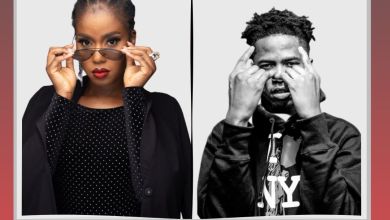