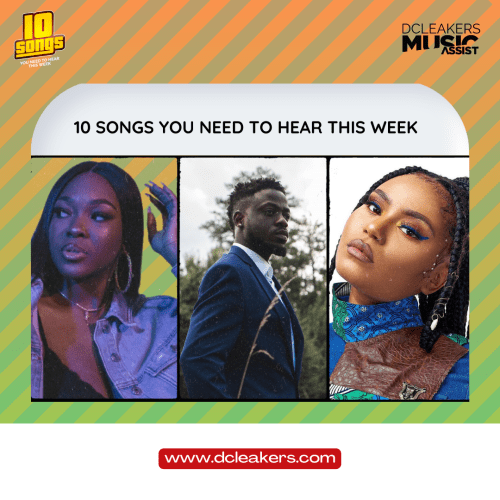 Ghanaian Afrobeats prodigy Mr. Drew makes his return once more to the music scene to make his mark with his first 2022 output.

The Highly Spiritual singer-songwriter and performer make his headline account for the year with ‘Dayana‘, a mid-tempo masterpiece with honeyed melodies listeners can’t resist.

Produced by the usual suspect Beatz Vampire, kindly appreciate the new Mr. Drew below and tell us what you think.

The Ghanaian-American singer fuses Reggae and Rock over a lush MikeMillzOnEm production in the song ‘9 to 5’ which talks about chasing dreams and achieving set objectives.

Rising Nigerian Afrobeat music artiste, T. I Blaze has released a new tune titled Kilo. On the new track, the singer-songwriter teams up with the Baddest Boy hitmaker Skiibii.

Renowned French DJ and music producer, David Guetta, popularly known for records like Titanium, Hey Mama, Who’s That Chick, and a plethora of others have a got at the Amapiano viral song ‘Ameno Amapiano’, originally composed by Nigerian Afrobeat artist Goya Menor along with prolific Ghanaian music producer Nektunez.

The David Guetta remix remodeling blends Pop and Amapiano which makes it more appealing and engaging to music enthusiasts who have enjoyed the original over the past few months and lovers of Pop music.

David Guetta’s involvement in this project is conclusive evidence of the barriers this song has broken and the current dominance of Afrobeats and its sub-genres all over the world.

Furthermore, this collaboration will unravel other prospects this song possesses and bring more fore to the Afrobeat community.

Tanzanian Bongo Flava artist Harmonize dishes out a new exciting new single titled You, a follow up to his previous release titled ‘Bakhresa.’

Talented Nigerian Afrobeat singer, AV continues to soar in his music career with yet another potential hit single entitled ‘Jiggy.’ This follows the remix of his popular track ‘Big Thug Boys‘ featuring Jireel.

Prolific Ghanaian disc jockey and producer, DJ Vyrusky makes his headline account for the year with a new song titled ‘Change Your Style.’

The award-winning DJ pursues his love for Amapiano with yet again another amapiano-inspired musical project featuring his frequent collaborator and label mate KiDi along with popular Ghanaian hypeman Kojo Manuel and St. Lennon.

On the production front, Vyrusky with producer signage ‘King Kong’ shows his mettle with an impressive sound production.

A little while back, Kweku Smoke and Bosom P Yung, trailblazers of modern Ghanaian hip-hop renaissance went their separate ways for reasons not known to the public. More often than not, the two talented lads traded banter on social media, communicating their dislike for each.

Over and about that, they both embarked on solo careers to a result of failure as opposed to what they collectively achieved together as Krakye Gang.

The beef was short-lived. The duo have put away their differences and reunited as Krakye Gang to carry on with their evolution.

They share their first collaborative effort after reconciling and it is entitled ‘I Like It’, a drill-inspired song produced by the usual suspect ATown TSB.