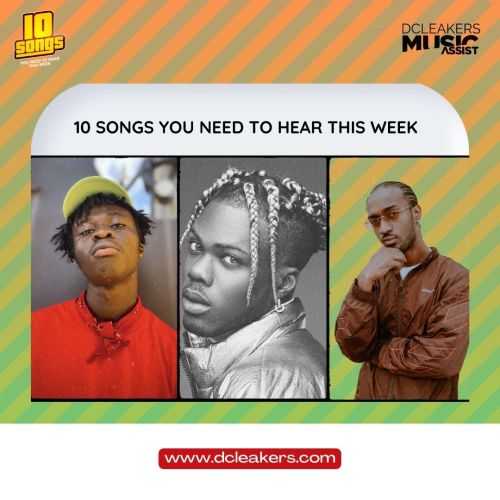 Asake – Peace Be Unto You (PBUY)

The anticipation for the song has been building since it was teased on social media. It’s been all over the news, and it’s even made its way into TikTok, where it’s already sparked a trending challenge.

The relationship between Chris Brown and Wizkid has lasted for years. They’ve moved it beyond studio recording and into the stage as well. Chris Brown’s fondness for Afrobeats has been demonstrated numerous times; in addition to Wizkid, the singer has worked with Rema, Sarz, Lojay, Davido, and Ayo Jay.

Chris Brown has finally released the much-awaited tune “Call Me Everyday,” which features Wizkid. This will register as Chris Brown’s third official single of the year and a preview of his next album, ‘Breezy,’ which will be released on June 24th.

Following the success of “Love Nwantiti” and “Emiliana,” CKay is aiming for another global hit with “Watawi.” On the new tune, CKay teams up with Nigerian international artist Davido, a fellow Nigerian celebrity, as well as Focalistic, a South African vocalist, and Abidoza, a South African record producer and DJ.

The relationship between CKay and Davido, as well as Davido and Focalistic, has been building for months; they previously on hits like ‘La La’ and ‘Champion Sound.’ ‘Watawi’ is a superb example of what the West/South African celebrities’ bromance can generate.

Ruger is destined for hit-making after churning out hit records like “Bounce” and “Dior,” and he delivers once again. Ruger, Jonzing World’s music act, has finally released the deluxe edition of “The Second Wave,” his sophomore extended play.

Ruger has added three extra songs to the deluxe edition, making it a seven-track extended play. “WeWe,” “Girlfriend,” and “Warning” are the three new tracks added to the project.

Dotman’s major blow-up came in 2021 with the release of Hakuna Matata, his debut album, which found him tempering his talent’s skill with a desire to craft music to soundtrack all kinds of occasions after years as one of Afropop’s good talents. That gamble paid off for the rest of the project, as he sounded both familiar and refreshed, evoking feelings of desire, thanksgiving, and joy.

Later that year, Dotman collaborated with DJ Neptune, a hit-making disc jockey and artist, on “Drunk In Love,” a song that saw Dotman push even more into the snappy flows that made Hakuna Matata such a stunning collection of work.

The duo compliments each other to a tee as Dotman weaves his whispery delivery in and around the song’s pockets while DJ Neptune offers his distinctive callouts over a peppy rhythm that contains excessive shakers and percussive drivers.

The vocalist collaborates with Peruzzi on his latest track, “Say No More,” for a charming showcase that crosses the boundary between street music and pop extravagance. The singer informs his interest that he’s down to fulfill all of her requirements, no matter how improbable they may be, as part of the thematic premise of being inspired by romance. The message is clearest when Peruzzi enters to contribute his verse to the flow of things, as both vocalists reach into each other’s world to deliver their messages.

Talented Ghanaian singer-songwriter, Twitch 4Eva continues to wow his fans and listeners with yet another amazing single.

The singer follows up his previous release titled ‘Moko‘ with a beautifully crafted new tune titled ‘Sweetie,’ a colorful, diverse, and upbeat masterpiece.

‘Sweetie Pie‘ is Eugy’s second official output of the year. 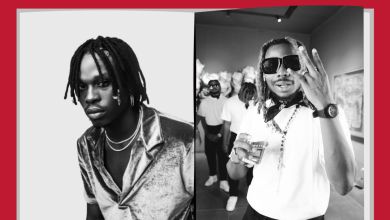 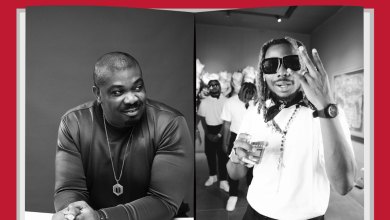