Who Is Adekunle Gold? Adekunle Gold is a charting, award-winning Nigerian highlife singer, songwriter, and graphic designer. A household name in his home country, Gold calls his music “urban highlife” because of its conscious intersections with contemporary pop, electronica, folk, and R&B. His debut solo single, “Sade,” in 2014, a cover of One Direction’s “Story of My Life,” set the radio stations of Lagos buzzing. Mixed by top Nigerian singer and songwriter Simi, he won an award for it at Nigeria’s Headies the very next year for Best Alternative Song. He signed to Olamide’s YBNL Nation label (and designed its logo), and issued two Simi-mixed charting follow-ups in “Orente” and “Pick Up” before releasing Gold, his debut long player in 2017 that peaked at number seven on the World Albums Chart, while his sophomore outing, 2018’s About 30, peaked inside the Top Ten.

Gold was born Omoba Adekunle Kosoko into the royal family of Lagos State, Nigeria, in which he holds the title of prince. He is the nephew of globally acclaimed “Nollywood” actor Prince Jide Kosoko. While Gold’s parents were Muslim, they allowed their four children complete religious freedom. Gold, the only male, began his singing career as a member of a local church’s junior choir. He penned his first song at 15 and joined a boy band called the Bridge, who issued a couple of singles before splitting. Gold, who derived his stage name in a fit of inspiration after a pastor’s sermon, attended Lagos State Polytechnic in the arts and design department where he studied graphic arts, painting, and sculpture. After earning his degree, he continued his music career solo.

In 2014, he issued “Sade,” mixed by Nigerian star Simi, setting first Lagos’, and then Nigeria’s and West Africa’s, radio stations aflame with requests and airplay. It became a national hit. Gold had a longstanding relationship with singer and YBNL Nation label CEO Olamide (Adedeji) because he had designed the label’s logo. Olamide signed him and issued two more Simi-mixed singles in quick succession: “Orente” and “Pick Up.” Both charted. He was nominated for Most Promising Artist of the Year at the City People’s Entertainment Awards and won Alternative Song of the Year at the Headies for “Sade,” as well as Revelation of the Year at the continent’s AFRIMA awards.

The singer issued his debut album, Gold, near the end of 2016 in Nigeria and globally in early 2017 as he issued four more singles in quick succession: “Work,” Only Girl,” “Call on Me,” and “Money.” The album was picked up for airplay by state-run radio throughout the African continent, as well as European stations in Germany, Norway, the Netherlands, Spain, and England; it eventually reached public and college radio and then streaming in the U.S. and peaked at number seven on the World Music Albums charts. In addition to his first three singles, the album included the hits “No Forget (feat. Simi)” and “Work.”

In 2018, Gold was a featured collaborator on the hit single “Original Gangster” with SESS and Reminisce and released the self-penned hit “IRE” (a year later the track was remixed and re-released twice, by DJs Pheelz and El Mukukua). Gold’s sophomore album, About 30, was released to international fanfare and featured guest spots by Dya on “Down with You,” Seun Kuti on “Mr. Foolish,” and Flavour N’bania on “Yoyo.” The set peaked at number nine on the World Music Albums chart. Gold wasted no time. He toured the nation, then the continent, and issued a handful of charting singles through 2019, including “Kelegbe Megbe,” “Before You Wake Up,” “Adiza,” and “Promise.” In early 2020 he released the streaming hit “Jore” featuring Kizz Daniel.

Who Is Bisa Kdei? Bisa Kdei is the first Ghanaian artiste to break into the limelight with a movie soundtrack.[3]

Bisa Kdei self-produced some of these collaborations from his studio; Chingam by Sarkodie,One of Your Own by Efya, Pimpinaa by Obrafour, etc.

Bisa Kdei has stated that he hopes to transform lives not just in Africa, but the rest of the world and above all, to raise the flag of Ghana and be one of the strong pillars people can think of.

Bisa Kdei on December 21, 2013, launched his 16 track debut album on iTunes, Spotify, Amazon and other international music marketing platforms as well as the local markets. The album, Thanksgiving, debuted at or near number one in Ghana. It was preceded by the single “Odo Carpenter”.

On June 16, 2015, Bisa Kdei released the lead single, “Mansa”, off his second album Breakthrough. The song paved way for a successful second studio album, which was released on December 18, 2015, under his record label, Black Legendary Music. The album which has 10 songs is available on all music selling platforms.

Bisa Kdei began to work on his next album. He released “Life”, a song which features award-winning Nigerian artiste Patoranking, as a single. Two additional songs were released on April 19, 2017, titled “Apae”, and “Feeling”, the latter featuring Reekado Banks. Bisa Kdei released the album Highlife Konnect in 2018. The album is aimed at connecting him and other African artists, and to exposing the culture to the world. 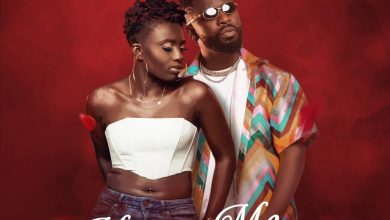 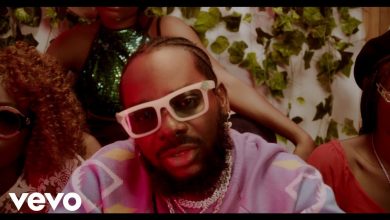 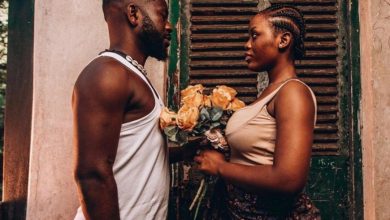