We highlight  the impeccable voices and songwriting prowess of Adina Thembi and Teni via this playlist dubbed ‘Adina vs. Teni’.

Who Is Adina Thembi? Half Ghanaian and half South African musician Adina Thembi Ndamse was born on 3rd October. She attended Wesley Girls High School and Central University College where she studied Environmental and Development studies.

The sensational singer, started singing since her childhood. She joined the National Theatre choir performing at the Kidafest and Funworld events. The 2008 Stars of the Future winner is the face of AfroMod Trends, a fashion house she has represented for 2 years. She recently added Kaela De Jean a cosmetic brand to the list of clients she has endorsement deals with. The songstress is set to outdoor her debut album titled ‘Slow Burn’.

Her genre of music is AfroPop with a blend of RnB, Pop, and blues. The down to earth songstress draws inspiration from God, her family, and from everyday life’s lessons. She is driven and enthusiastic with music being her number one passion. Nigerian singer and songwriter Teni is known for uplifting, stylistically eclectic songs that stand apart from her Afro-pop contemporaries. She first came to prominence in 2018, when a series of songs including “Case” found a streaming audience numbering in the millions. Her debut EP, Billionaire, followed in 2019.

Teniola Apata was born into a family that both stressed education and encouraged music from a young age. Her older sister is Afro-house singer Niniola. Teni attended a school in Lagos run by her parents, then studied business administration at American Intercontinental University in Atlanta before devoting her attention to music.

She signed with Magic Fingers Records to release her first song, “Amen,” in 2016. Moving to Dr. Dolor Entertainment the following year, her second track, “Fargin,” found a broader audience, and the year 2018 brought mainstream hits like “Case” and “Uyo Meyo.” She presented her first EP, Billionaire, in 2019 and was nominated for a BET Award for Best New International Act and an MTV Europe Music Award for Best African Act. Still with Dr. Dolor, Teni teamed up with DJ Neptune on the next year’s The Quarantine Playlist EP.

Stream ‘Adina Vs. Teni’ via Soundcloud

Stream ‘Adina Vs. Teni’ via Spotify 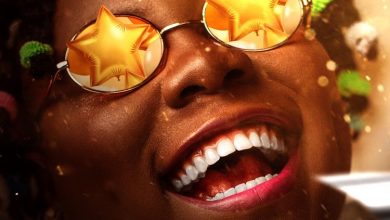 October 30, 2020
Newsletter
Enter your email address to subscribe to this blog and receive notifications of new posts by email.
NEW MUSIC