Konkarah Jahvybz, one of Ghana’s influential Reggae crooners has raised some key concerns he thinks is hindering the progress of GHANA Reggae fraternity.

In an interview granted, Konkarah states 3 major problems he thinks is affecting the growth and market for Reggae in Ghana. According to him, (1) Reggae Presenters and jocks need extra airtime on traditional media to be able to promote and sustain the genre. GHANA Reggae presenters even know influential, have had scarce time on radio and television to project the genre. Konkarah thinks it’s a major reason why Reggae music isn’t getting the needed attention.

Secondly, the baritone Reggae crooner says, “lack of corporate shows for reggae artistes in Ghana is a major problem. Too much slackness in the business. There are so many songs out there without substance and lyrics that change society but they seem to be getting all the attention. We the reggae musicians who probably perform the music better than some others, we are not getting the call from corporate people. We need corporate GHANA to look our way and book us for those shows too”, Konkarah intimated.

He was also quick to add that, (3) many of his colleague reggae artistes need to take the case of BRANDING seriously. “Things and times have changed and there are more modern ways of doing things; which forms part of the branding process. Many of us the reggae artistes lack that” — Konkarah. “We should be serious with branding and rebrand from time to time to appeal to the changing generations”, Jah Konkarah. Konkarah’s New Album “Righteous Soldier” Is Out For Preorder. 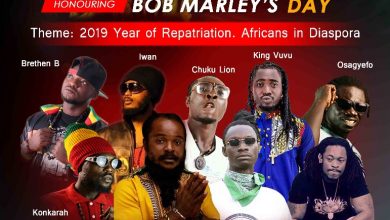