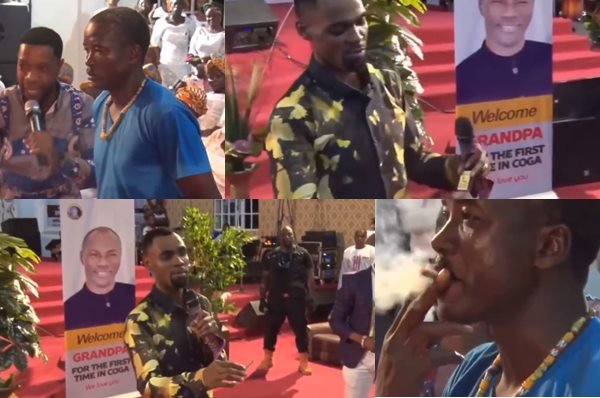 Founder and Pastor of Anointed Palace Chapel, Rev. Obofour once again popped up with this controversial deliverance in his Church.

Rev. Obofour did this deliverance alongside Bishop Badu Kobi of Glorious Waves International when they were invited by another popular Ghanaian preacher Abruku Abruka for a three days restoration program.

During Rev. Obofour’s session of the programme, he called for anyone in the Church auditorium with a marijuana and fortunately, he had one young man appear with the had drug in his possession.

Rev. Obofour then after instructed the young man, identified as Razak to light the marijuana and smoke in front of the congregation so he can verify if it was truly was marijuana.

According to Rev. Obofour, he saw that the man was has been identified as Razak age 41 was supposed to be a big person but his family has spoilt him by making him smoke ‘wee’ which eventually took her to jail for 10 years.

He continued by saying that the ‘wee’ he made him smoke in the church was the last time he is smoking because he has now broken that bad habit and is ready to take care of him (Razak) as his own son. 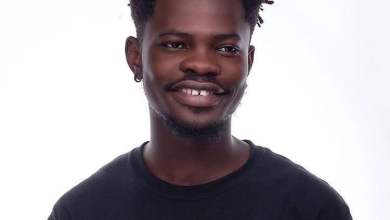 I never charged Rev. Obofour, but what he gave me was worth it – Fameye 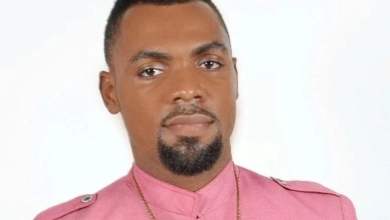