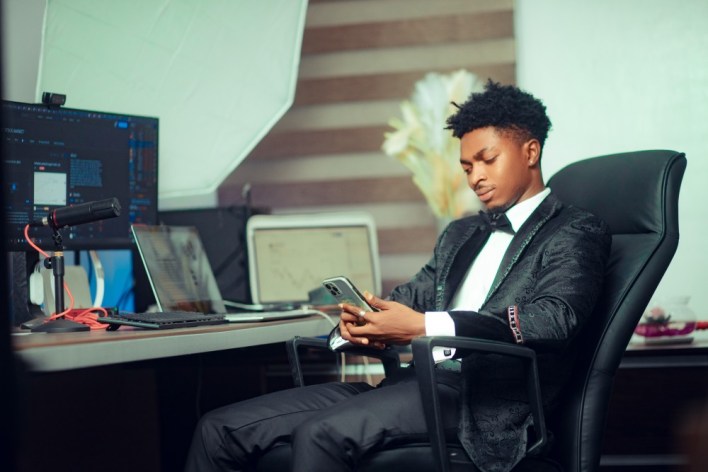 Late last year, Rutherford (Maybach Forex) stepped into the discussion as one of the favorites to lead the forex trading revolution in Ghana; after watching from the sidelines for so long, he finally wanted in. Fast forward to January, and Rutherford is already a notch above his peers. He receives the perfect industry endorsement and a great start to the new year. This week, the successful forex trader picked up the HFM Traders Award for December – his third in two years, subtly highlighting his knack for being the best at what he does in style.

When reaching out to him about his complete domination in a month as precarious as December, his reply echoed a bit of nostalgia mixed with optimism: “Forex Trading means everything to me. It single-handedly gave me the life I now own. Back in 2013, when I was up and coming, I never imagined I would come this far this quickly. But awards like these remind me that nothing is impossible, and it only takes perseverance for big things to manifest”. He added, “It is my third time winning this particular award, and like with years before, my excitement always remains the same. It gets me super motivated heading into the next month. Forex Trading is very competitive. To come out on top, especially in such a pivotal month, is a good boost to my confidence. Grateful to HFM for my new plaque and the grounds to shine on”.

To readers unfamiliar with the name Rutherford Orlean-Banks (Maybach Forex), he is one to watch in the world of Forex Trading. Since debuting, the young personality has snapped up tens to hundreds of thousands of dollars and awards that include HFM Traders Award for January 2021, HFM Traders Award for May 2022, and now HFM Traders Award for December 2022. Such feats have helped shape his reputation, earning him a Platinum Trader badge on the HFM platform, next to the bragging rights of being one of its Hall of Famers.

In an exclusive released online in December last year, Rutherford (Maybach Forex) shared his dreams of mentoring the next generation of forex traders in Ghana. He also dropped hints of his upcoming initiatives in the months ahead, notably a YouTube channel, podcast, and MasterClass. We are confident this new development will win the newly decorated forex personality more points in the public eye as he preps to influence an entire generation. Keep up to date with Rutherford Orlean-Banks on his socials below:

HF Markets (formerly known as HotForex) is an award-winning forex and commodities broker headquartered in Cyprus. Established in 2010, it has won over 60 industry awards, entering sponsorship deals with world-famous brands like Paris Saint-Germain, the European University Sports Association, and more. Check them out here: https://www.hfm.com/sv/en/about