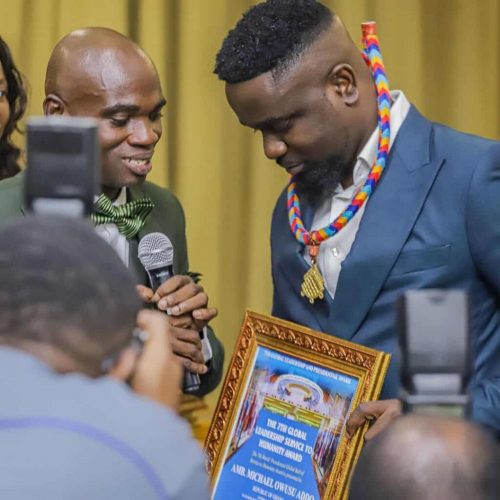 Ghanaian award-winning rapper Sarkodie has finally addressed the fake ‘UN’ awards presented to him by one Kwame Fordjour popularly known as Dr UN.

In an interview on Pure FM during his radio tour in Kumasi, the ‘Coachella‘ hitmaker disclosed that anyone could have been gullible in the situation he found himself.

According to Sarkodie, it was his manager who alerted him about an email from Dr. UN about the awards. He added that though he noticed red flags in regard to the organization, the calibre of people present at the events made him believe the awards was real.

Sarkodie said that he will still keep the award because he believes Dr. UN wanted to honour people for their work, although he wasn’t affiliated with the UN. Sarkodie said the award is worth it.

In September 2020, Dr UN organized and presented awards to politicians, media personalities, pastors and several others in the name of the United Nations which laterd turned out to be false.