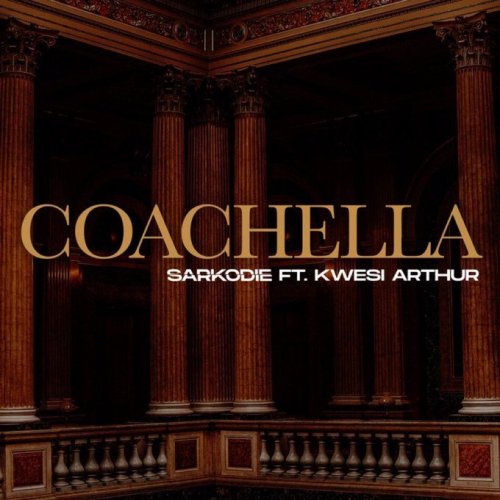 As we look forward to Sarkodie’s 7th studio album dubbed ‘No Pressure,’ he gives us a glimpse of what to expect on the highly praised body of work. With his distinguished status as the most awarded African rapper still in retention, Sarkodie continues to align himself accurately in the music space with expansive distinction and sublimity.

On Wednesday, Sarkodie took to twitter to announce the release of a new song before the album finally drops. He unveiled the cover art with an identical theme as that of the official album cover and his previous single ‘No Fugazy‘. Per usual, the title of the song which is ‘Coachella’ made the first position in the trends on twitter expeditiously orchestrated by his fan army ‘Sarknation’.

‘Coachella’ registers as the second single released off the album and it features award-winning Ghanaian rapper, Kwesi Arthur. The compatibility of this duo is impeccable and blossoms with every collaborative effort. Coachella opens with Sarkodie a sexually enticing verse which transits into an arresting hook by Kwesi Arthur which samples a popular song titled ‘Odo Color‘ by veteran Ghanaian highlife singer , George Darko.