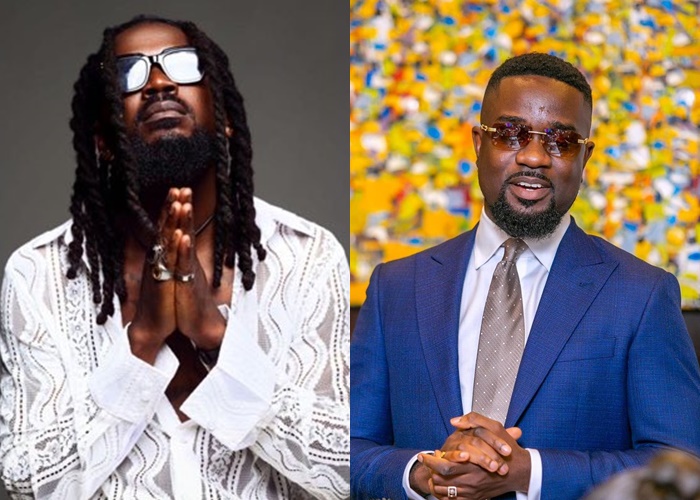 Speaking in an interview on Hitz FM, Sarkodie said he would love to know more about the exact incident Samini is talking about before commenting.

He added that he will respond accordingly once he understands the full facts of the matter from Samini himself.

“If you call me and I tell you to take your time, you don’t understand. But it’s all good, him feeling like that I don’t have any control over that, but I can only say sorry to how he feels not necessarily because I agree with everything he is saying but that’s how he feels, my mind is really not on the things he is talking about and to make some things clear, I said it in the beginning I treat things differently from how people will treat things…”

“…I wont call it pain because I don’t really care because that doesn’t mean it doesn’t happen to you, everybody has something happening to them so I get it. He has expressed, if you want to take people to court and say Sarkodie does things for me quick, you will have a thousand people who will also say it, some people will also say, I don’t do things quickly, you understand, I told Bulldog, I just recorded not because the music is not good, you could hear a song that is so good but maybe you don’t hear yourself and you are trying to find the pocket in the song and one day you do it and some songs they send to you like 2 seconds, probably, if I send you a song and you really loved it that moment, you did it.

I didn’t figure it out, I’m not talking about him, it could happen as in general so to my brother I’ll just definitely say sorry for how he feels, not endorsing the fact that everything he is saying is what I believe in and think it’s the truth but if he says he feels like that then I am sorry” he added.

🇬🇭Sarkodie says he does not agree with everything Samini (@samini_dagaati) said about him in his Twitter rants but “I'm sorry that you feel that way.”@sarkodie said this on #DaybreakHitz pic.twitter.com/6MkOZM5Q1L

Earlier dancehall musician, Samini spoke out about the behaviour of his colleague, Sarkodie. He branded him as ungrateful’, ‘disrespectful and fake after a Twitter user had asked Samini if there was ever a chance of him hitting the studio with Sarkodie again.

Bob Marley & Sarkodie – Stir It Up