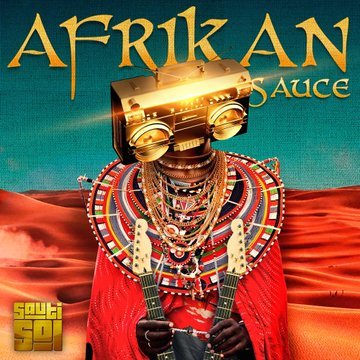 For the past year, Sauti Sol have been curating their LP, Afrikan Sauce, which sees them collaborating with musicians from all over the continent. So far they have released songs with the likes of Tiwa Savage, Burna Boy, Khaligraph Jones, Patoranking and others.

For the last song on their LP, they have brought their talents back to West Africa, enlisting Togolese musical duo, Toofan for an energetic new song, “Love On The Dance Floor”.

With a super catchy and energetic beat, the song arrests you immediately it’s played and urges you to get up on your feet and dance. Alternating between French and English, “Love On The Dancefloor” has a nostalgic ‘makosa’ feel to it, and as the title suggests, the song is really made for the dancefloor.

Given that there are so many people on the song, you would expect it to be a bit chaotic, but the two groups have great synergy and came together to produce a banger, and was a strong way to close out their LP.