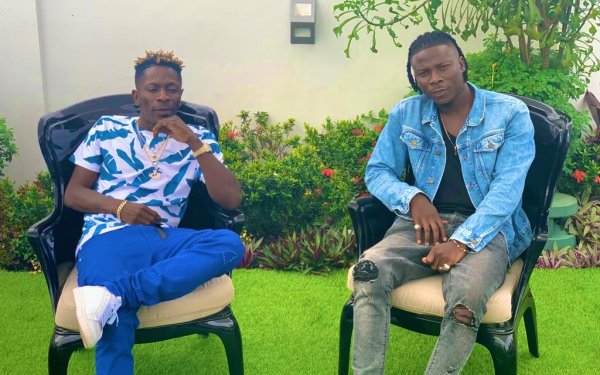 Self acclaimed African Dancehall King, Shatta Wale has reacted to the recently studio album of his arch-rival, Stonebwoy.

The 15-track masterpiece since it’s release received massive reaction and feedback from music lovers, fans and followers across the globe.

However, Shatta Wale also reacted to Stonebwoy’s album, as he shared the album art on his verified Instagram page and urged his fans and followers to grab a copy of the album.

Ever since both artiste buried the hatchet, the two have gotten along well to the extent where Shatta Wale called Stonebwoy as “his own blood brother” in his post.

Grab a copy now !!!! Big up to my own blood brother Bhim president @stonebwoyb #anlogajunction 🔥🔥🔥🔥