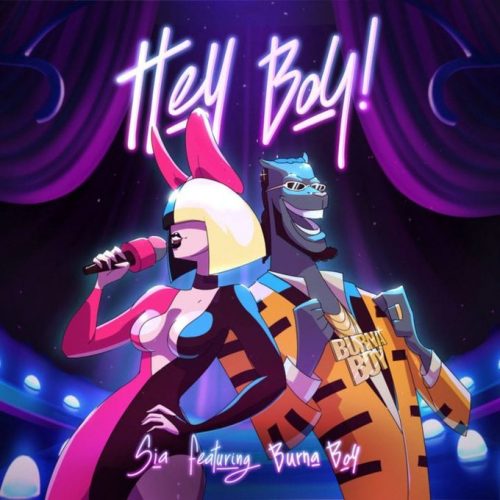 ‘Hey Boy’ is slated for release on Thursday, 14th of January and it’s taken off her Music-Songs From and Inspired By The Motion Picture.

Sia broke the news on the internet via her Instagram page where she put up a picture of the cover art with the caption😍 “Hey Boy” ft. @burnaboygram song + video out Thursday 😍 – Team Sia

Burna Boy already started his year with a performance of Way Too Big off his Twice as Tall album on American show, Late Night with Seth Meyers, and also renewed his fans’ adoration with his appearance in Wizkid’s Ginger.