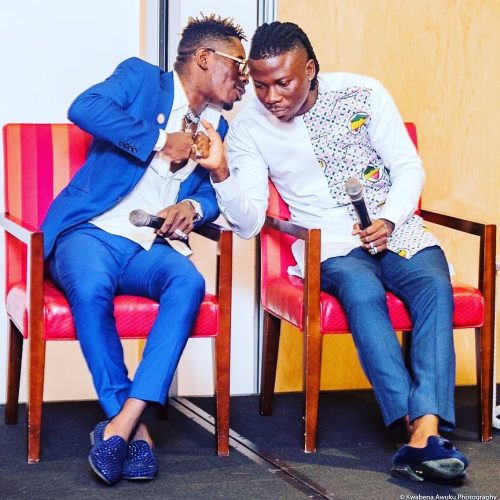 Stonebwoy has fired back at the Executive Director of Charterhouse, Mrs Theresa Ayoade, for supposedly pushing an agenda against him and his colleague Shatta Wale.

Mrs Ayoade in an interview following the indefinite ban of the two industry giants appealed to the media to grow beyond Shatta Wale and Stonebwoy.

According to her, there are so many talents in Ghana who can equally rise to the top with the necessary push from Ghanaians and the media.

She stressed that despite the undoubted reign of the two in the music industry, it is fair to say that other artistes needed a similar opportunity too.

However, Stonebwoy in an interview with Joy News’ Doreen Avio, did not take these comments lightly.

He stressed that asking people to grow beyond himself and Shatta Wale was bad advice.

The ‘Ololo’ hitmaker, however, mentioned that his success in the music industry is rooted in the support of his fans.