Radio and TV presenter and entrepreneur, Deloris Frimpong Manso, also known widely as Delay, has come to the defence of rapper Kwesi Arthur, over allegations that he uses women, takes their money, impregnates them and causes them to have abortions.

It would be recalled that reports were rife in the media and social media, with allegations of the rapper exploiting women for their money among other things.

But reacting to the allegations, Delay expressed surprise at the suggestions, vouching for the Kwesi Arthur ‘she knows and interviewed on her show’.

Delay said Kwesi Arthur was too innocent to engage in all the things he was accused of. Instead, she blamed some of the women for always forcing themselves on popular artistes all in the name of being fans.

She said she believes that it is bound for women to corrupt the rapper who has become a star. In fact, from what she has observed, she said, any time an artiste who has great talent and is good looking posts even a picture on social media, the reactions and responses from some women in the comment sections are ridiculous.

Delay further accused women in the diaspora, who are unable to control themselves when these young artistes come to their jurisdiction to hold performances, something that has caused more artistes to have children all over the place.

She however advised the young artistes to be vigilant, and refrain from using the fame they get to live promiscuous lives, in order to avoid destroying their beautiful careers. 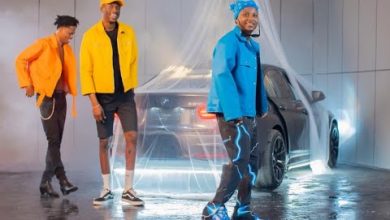