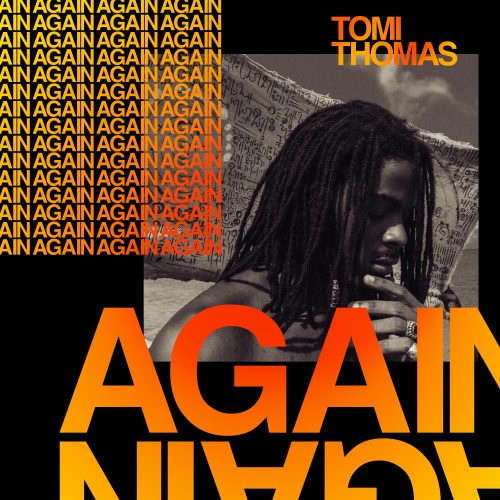 The music scene is witnessing a new era of talent with up and comers out of Africa. Singer, songwriter, and fine artist Tomi Thomas joins the ranks of Burna Boy, Wizkid, Fireboy DML, Davido, Patoranking, and Prettyboy D-O as recognized Nigerian artists on the world stage. He released “Again” as a single, and the video is scheduled to drop later this month. Tomi is well versed in creating lyrically charged work, and the song is on theme with an allusion to love.

Listen to the Audio: https://tomithomas.lnk.to/Again

The track includes a variety of sounds and nuances that showcase the unique offerings of African music. From sweet serenades to touches of yodeling atop polyrhythmic features, Tomi Thomas is a shining star. The catchy refrain of “Again” is the epitome of heightened emotional connections and the sensation of experiencing the ease of a familiar lover. The song was produced by Matthew Sean Allen and James Steed, who contributed to Cardi B’s “Up” as well.

“For me, it’s how we create African music that can impact the world in a way that we have never experienced or thought of being able to experience and to create a sound that really connects, that can do amazing things.” – Tomi Thomas

The release of “Again” provides fans with a taste of more to come with the upcoming EP Hopeless Romantic on the way. Tomi Thomas crafts tunes from the heart, and more than a decade after his official premiere, he continues to fulfill professional achievements with purpose and intention. He made waves with recent releases “Who Knew” and “Hopeless Romantic” to include the remix version featuring dancehall’s Stylo G. After years in the popular musical group Loud On Sound (LOS), he launched his solo career with a debut album and reached Number 1 with the single “Ready Or Not” on the Soundcity Nigeria’s Top 10 Chart. As a true ambassador of his generation, Tomi Thomas continues to produce a substantial body of music embraced in Africa, Europe, and the United States.

Listen to ‘Again’ below.