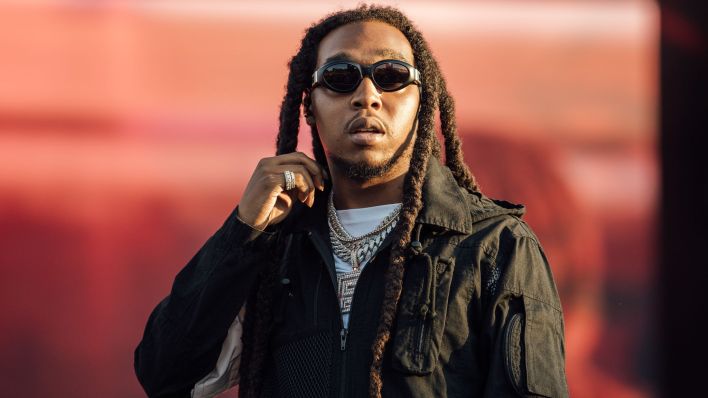 The Houston Police Department confirmed that, the 28-year-old born Kirshnik Khari Ball was killed during a shootout at an afterparty attended by about 40 people in Houston, Texas.

According to reports, an unidentified person started shooting sporadically at guest and, shot Takeoff in the head or neck.

Other victims were reportedly transported to a local hospital in private vehicles.

According to TMZ, Takeoff and Quavo were at 810 Billiards & Bowling Houston playing dice at the afterparty when someone opened fire.

The site posted stills and video of Quavo and others gathered around Takeoff as Quavo yells for help. Fortunately, Quavo was not injured in the incident.

Meanwhile, American celebrities have poured out tribute for the late Khari Ball popularly known as Takeoff.