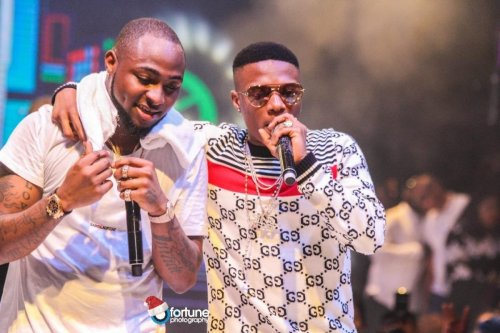 Multiple award-winning Nigerian music superstar, David Adeleke, better known by his stage name Davido, has spoken up about his friendship with Wizkid.

The duo, who are important figures in the Afrobeats industry, have been pitted against one other on a regular basis over the years, which has occasionally resulted in a brawl.

Not very long ago,  Davido and Wizkid exchanged a hug in a nightclub in Lagos, and in a recent interview, Davido said that the hug wasn’t that big of an issue to him because he hadn’t seen Wizkid in years, prompting both parties to express affection when they saw one other.

The DWM frontman and owner went on to say that he and Wizkid have a good relationship, despite their differences.