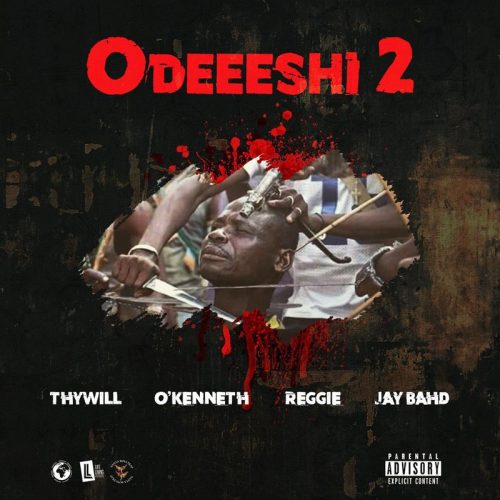 Life Living Records continues to dominant the Hip-hop scene in Ghana with their invented genre ‘Asakaa’. While Jay Bahd’s ‘Y3 Y3 DOM’ continues to chart, another member of the collective with name, Thywill in his quest to extend their reign unveils a new song.

The highlight of the song is O’Kenneth’s introduction to the hook which builds an anticipation to the short but yet astounding chorus which simply iterates the title of the chorus ‘Odeeeshi’.