The Year 2020 has been perhaps the hardest year for artists across the globe. The flare-up of the dangerous COVID-19 pandemic hit the world hard and almost shut the expectations of everybody on this planet. Artists were halted from Traveling and performing, Business, Airports, Schools and simply all the other things was shut down as the world went in search for vaccine and control of the COVID-19 virus.

In any case, most artists were appreciative for the fact that music didn’t reach a halt because of the internet and the digital space which helped in the delivering of music around the world. A few artistes utilized their aptitudes and ability to produce tunes during the lockdown and quarantine, while others also used their platform/melodies to educate the masses on the lethal infection.

The Ghana Music industry wasn’t left out as a portion of the artiste utilized the occasion to deliver amazing singles, albums, EP’s, joint efforts of which the vast majority or releases occurred in the last quarter of the year.

In this article, we bring to you the Top Ghanaian Albums released from January to December that performed well on DCLeakers as well as in the country.

Below is our Top 20 Ghanaian Albums that dropped for this year.

Burniton Music Leader, Stonebwoy was able to get his fans and music lovers groovy amid the pandemic with his fourth studio album, ‘Anloga Junction‘. The Chart-topping Album birthed, smash hit singles like, ‘Nominate‘ featuring Keri Hilson, ‘Le Gbe Gbe‘ amongst others.

The Reigning VGMA Artiste of the Year, Kuami Eugene once again maintained his level of work by releasing his ‘Son of Africa‘ project regardless of the pandemic. He successfully bagged a street anthem, ‘Open Gate‘ off his album to cement his place in the highlife scene.

The album houses 14 songs and features A-list African artists such as Eddy Kenzo, Falz, Zlatan, Samini, Sarkodie, Shatta Wale, Prince Bright, Obaapa Christy and DJ Mensah. The album is a great one by all standards and you should endeavor to give it a listen if you have not just yet.

Bosom P-Yung broke into the music scene with his smash hit hip-hop single, ‘Attaa Adwoa‘ which came off his debut album tagged, ‘Awiesu‘.

Formerly the hypeman and back up vocalist for Ghanaian rapper – Kweku Smoke, and a guy few people believed he could actually make good songs or music, Bosom P-Yung burst into the mainstream music with his “Awiesu” album which houses 7 songs with no features. Hence inked his name into the music industry as one of the most sort after musicians after this project.

Award winning Ghanaian rapper – Medikal stole all the headlines with his records, break-up prank and marriage as well as his music anticipated EP titled ‘Island’ named after his daughter.

With the pnademic hitting the curve, the AMG Business rapper successfully released his 9-track album which features Kwesi Slay, Kennedy Agyapong, AMG Armani and Okesse 1 with production credit from Chensee Beatz, UnkleBeatz and many more.

Highly rated afro-pop singer and songwriter, Darkovibes came forth with his debut album, “Kpanlogo”. “Kpanlogo” was a 14-track masterpiece which features top notch artistes like, Joey B, Mugeez, Runtown, Stonebwoy, Peruzzi and several others.

The name Kpanlogo is a Ghanaian dance form, associated with the Ga ethnic group, thus in a way giving off the direction the album might targeted towards. This album gave birth to smash hit song like, ‘Inna Song‘, ‘Confirmed‘ amongst others.

With the arrival of the drill music in Ghana, O’Kenneth and Reggie unleashed this album tagged, ‘Straight Outta Kumerica‘ for the Kumerican/Asakaa movement.

Two of the fast-rising rappers in Kumasi adept in the Drill music culture was O’Kenneth & Reggie. They released a collaborative effort titled ‘Straight Outta Kumerica’, a 6 track-listing body of work all of the Drill genre. This EP  basically narrates a lifestyle in Kumerica and a newly coined music genre called Asakaa.

Strongman had his best year of his career with hits after hits notwithstanding the pandemic with 4 singles previously released off this new album entitled ’10 AM’. The project housed 10 songs and features fan favourites like Wendy Shay  , Quamina Mp , Fameye , Worlasi , Medikal, Akwaboah & KelvynBoy.

Strongman Burner outdid himself on this project, stepping out of his comfort zone by incorporating different melodies and rhythms he’s popularly not known for. A classic album by all standards.

The Afrobeat prodigy, Kelvyn Boy successfully released his second studio album, tagged ‘Blackstar‘. The album titled ‘Black Star’ is an anthology of songs that reflect the brand and artistry of KelvynBoy.

Other albums that made the list were, J.Derobie’s ‘Nungua Diaries’, ‘Greater Than‘ by Fameye, ‘Seed‘ by Gyakie, ‘Young Amakye Dede‘ by G-West and many more. 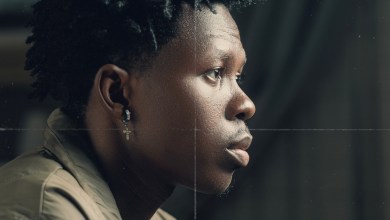