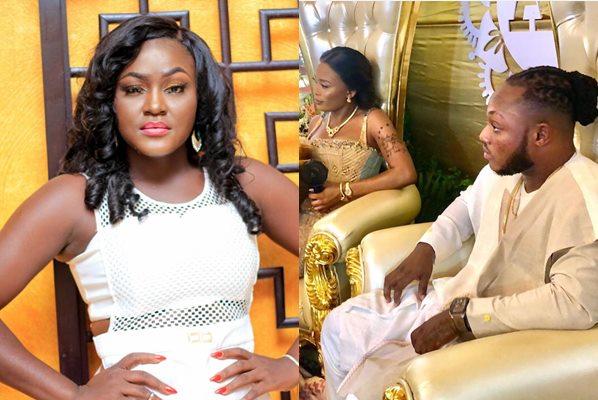 Actress and TV presenter AJ Poundz last night on her “Nk)nk)nsa Headquarters” show which airs on Onua TV, decided to digest the recent marriage of musician Keche Andrew and his boss, Joana Gyan.

According to AJ, a lot of young beautiful ladies who were at the wedding ceremony on Sunday, December 1, came to her DM to express their displeasure about the marriage.

She hilariously stated on the show that the ladies claimed they were at a loss as to why a young and handsome musician like Keche Andrew will decide to marry a lady who is older than him.

The “Efiewura” actress further questioned the musician who probably didn’t watch the show if it is true that he actually left his beautiful wife and two kids to marry Joana Gyan for her money.