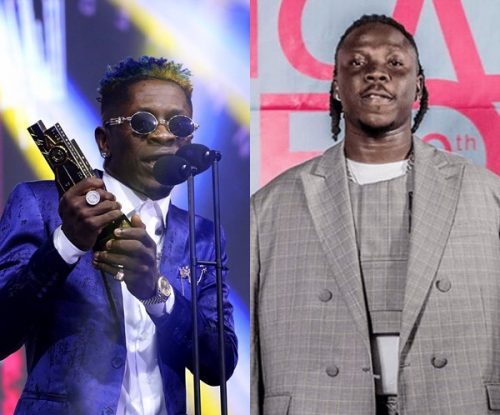 Charterhouse, the organizers of Vodafone Ghana Music Awards have explained why songs featuring Shatta Wale and Stonebwoy were not nominated in the 2020 edition.

A list of songs featuring these two musicians which were not nominated by the organizers was published by Zionfelix.net, cogitating that it was as a result of the ban placed on them that has affected the songs.

But in an interview with Caleb Nii Boye on Live FM, the Public Relations Officer (PRO) for Charterhouse, Robert Klah said otherwise.

According to him, it is not entirely true that such songs were snubbed because it featured these musicians who are serving a ban.

The Charterhouse PRO asserted that maybe such songs were not in the best capacity to be nominated after the power rank of songs was done by the board.

He emphasized that songs which directly do not belong to Shatta Wale and Stonebwoy will not be affected by the ban.

The VGMA organizers placed a ban on Shatta Wale and Stonebwoy following their fracas at the 20th Vodafone Ghana Music Awards.