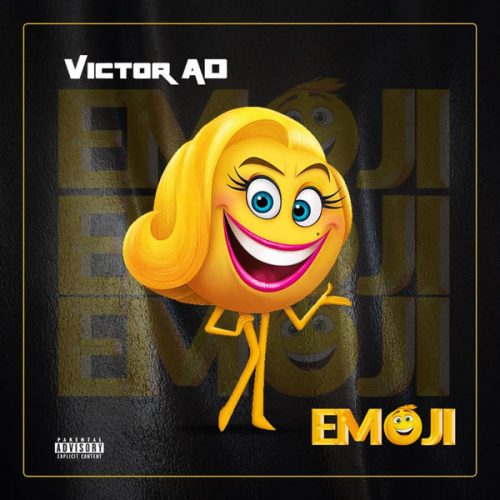 Nigerian afrobeats star, African Artiste of the Year for the 2019 3Music Awards in Ghana, Victor Adere aka Victor AD has released a new tune titled “Emoji”.

This serves as Victor AD’s second official single of the year, its a follow-up to “Tire You” featuring Davido released in January.

The foremost “Wetin We Gain” crooner has proved himself as not just a hit-maker but a talent with more to come.
According to Victor AD, “Emojis” isfor those that send fake emotions while chatting others. There is a large number of social media users who hide behind the emoji in their messages and captions making people believe the false reality they live in. Victor AD proffers a solution to this life of false pretense and you can’t help but agree when you listen.