Hushpuppi was reportedly arrested by the Interpol and FBI at his home in Dubai on the grounds of being fraud suspect and actor of Scattered Canary.

He was reported to have undertaken a scam with his crew by cracking into the U.S unemployment system and filling over 174 fraudulent COVID-19 claims meant for unemployed U.S citizens.

He and his gang were reported to have made away with over $100 million from the fraudulent activity.

The Dubai Police Headquarters have a released a video dubbed ‘Fox Hunt 2’ , a special operation undertaken by the Dubai Police to arrest the cyber criminals. In the video , Dubai’s police force stated they have been monitoring the flashy lifestyle of Hushpuppi and his accomplices on social media.

The video gives in depth information on the step by step process the interpol used in tracking down the cybercriminals. 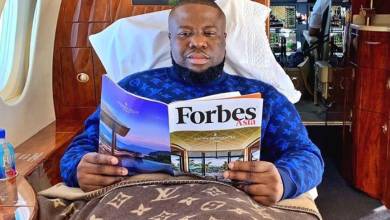 Dubai Police Force Releases Video of How Hushpuppi, Woodberry and 10 others were Arrested