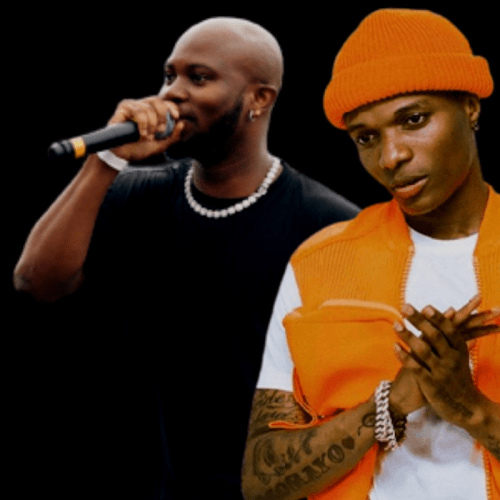 The Made In Lagos Tour is currently ongoing in the United Kingdom after a successful series of sold out concerts in the United States Of America.

Nigerian Afrobeats star, Wizkid commenced his 3-day concert on Sunday, the 28th of November 2021 in the United Kingdom at the famous O2 Arena with a star-studded guest list of performers.

Sharing the stage with Wizkid is Ghanaian Afrobeat singer-songwriter King Promise who makes his first appearance on stage at the prestigious arena.

King Promise was introduced onto the stage by Wizkid’s official DJ and Hype Man DJ Tunez, referring to him as the ‘King Of Promises’.  The talented Ghanaian singer treated the audience to his well known songs like Oh Yeah and Commando.

Lastly, Wizkid has scheduled a 3-day concert for his fans in London, with all tickets to the show getting sold out within minutes of going on sale. When Wizkid initially announced his O2 concert and put the tickets on sale, they got sold out within minutes as fans began clamoring earnestly for a new date. Wiz then introduced a new date which got sold out almost immediately as well. The third date also got the same reaction.