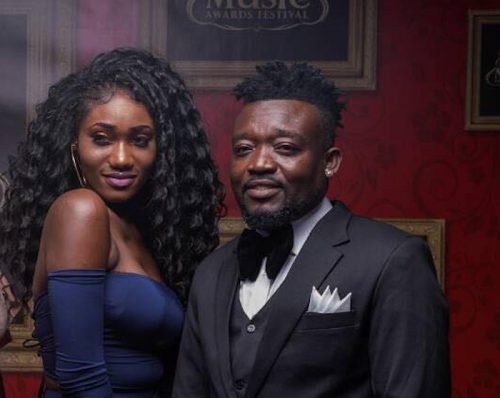 CEO of Rufftown Records, Bullet has accused a media house of editing the full interview session of Wendy Shay, a songstress.

In an Instagram post, the artiste manager born Ricky Nana Agyeman alleged that the video was edited to promote negativity and for the station to gain traffic.

“So, now, has it gotten to the point that an artist would have to be firm in granting interviews?” he quizzed.

Wendy Shay came under public scrutiny when during an interview, she listed iPhone as her gain since joining Rufftown Records, a record label.

Many called her shallow while others trolled her when she stated she needed to check the internet to know her net worth.

Bullet on Instagram, however, posted a video, where the artist was captured saying she has a piece of land and is in the process of completing a building.

This was to support his claim that the media house edited the interview for its private interest.

“What has an artiste’s personal assets got to do with an ambassadorial deal?” Bullet quizzed.

He urged Ghanaians to support each other and “desist from pulling down each and every time.”

So now has it gotten to the point that artist would have to be firm in granting interviews? You go through a full interview session and it comes out edited to be promoted negatively just to gain traffic and [email protected] you have been in this industry for ages and it’s expected of you to know better,but how do you degrade yourself and act shallow?what has an artist personal assets got to do with an ambassadorial deal?lets support our own when they are going up and desist from pulling them down each and every time#rufftownrecords

Meanwhile Wendy Shay in another interview with Joy News’ MzGee she the question on her net worth was unnecessary and did not need an immediate answer.

The ‘Stevie Wonder’ singer also explained that she did not list other achievements of hers which include being buying a house, owning a foundation that takes care of the less privileged and also being the breadwinner for her family, because she did not want to seem like a braggart.

“I want to show people my success not tell them,” she added.