Leadership in Africa is taking a different dimension. We have seen the rise of accomplished women taking up prominent positions and using it to influence lives positively across the continent. As some consider it an opportunity to rub shoulders with their male counterparts, others have also used it to inspire young women who look up to role models. Even though the roles they take can be very challenging they have also proven to be up to the task and their accomplishments have become a model to which others are carving their career path.

During my routine research on influential African women for my rating company Avance Media, I have taken notice of how women are making the continent proud whiles delivering excellently in their roles across both governmental and non-governmental organisations, the world over. Mention can and should be made of Amina J Mohammed, the Deputy Secretary-General of the United Nations and her colleagues who head other departments in the distinguished global establishment.

In my recent publication on the female Health Ministers leading the fight against Covid-19 in Africa, I also developed an interest in looking out for other women ministers across the continent. My curiosity in the finance sector grew stronger when I got to identify how male-dominated it is and how only two women have the opportunity to head this sector which is very prominent in every economy around the world.

In Africa, one of the most respected positions is that of Finance Ministers, who are put in charge of various economic activities across the country. Their performance affects the ratings of the economy and how comfortable citizens get to live.

The first female African Finance minister, Marie-Christine Mboukou, from the Central African Republic was appointed in 1975, and the second was Ellen Sirleaf Johnson from Liberia who was appointed in 1979. She actually went on to later become president of her nation. She is currently one of the most influential leaders in Africa.

For the past years, we can count only about 30 women who have been given this opportunity to serve as ministers of finance across the continent and for the past decade, successive Nigerian Federal Governments has reserved this position for women.

Beyond their roles, Vera Daves De Sousa (35) and Zainab Ahmed (59) from Angola and Nigeria respectively remain the only female finance ministers across on a continent of over a billion citizens. They are huge inspirations for young women taking up roles in the finance industry across the continent.

In Angola, Vera Daves De Sousa received her appointment as the only female country’s Minister of Finance at age 35. She previously served as Secretary of State for Finance and Treasury and became the first woman ever to lead Angola’s Finance ministry. She is now tasked with reviving an oil-based economy suffering its worst recession since the civil war ended in 2002.

She also previously served in the Markets and Capitals Commission and but gained visibility as a regular economic commentator on several media programs.

In an interview with Bloomberg, Vera disclosed her determination to reduce the presence of the state and diversify the economy as the country still hugely relies on revenue from crude oil export.

She was born in Luanda and has a degree in Economics from the Catholic University of Angola (UCAN). She also has several certificates in finance, management and leadership and is the co-author of a book on Public Finance.

As the minister of the largest economy in Africa, Zainab Shamsuna Ahmed is the fourth female finance minister of Nigeria, the only country to have reserved this position for women in the last decade. As the Minister responsible for Finance, Budget and National Planning, Zainab is responsible for everything related to the economy of the most populated country in sub-Saharan Africa.

An accountant by training, Zainab started her career working for the Ministry of Finance in Kaduna State before leaving to pursue other interests. She has served the Nigerian republic in other high ranking positions including being the Managing Director of Kaduna Investment Company Ltd, Chief Finance Officer of the Nigeria Mobile Telecommunications Limited (MTEL) and Executive Secretary and National Coordinator of the Nigeria Extractive Industries Transparency Initiative (NEITI). 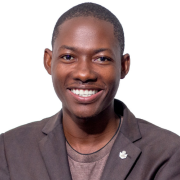