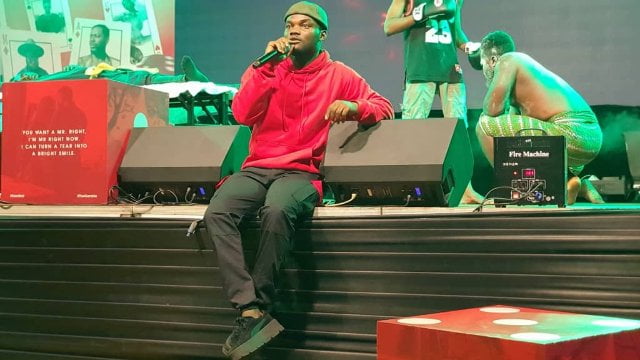 Ghanaian rapper and songwriter, Yung Pabi has announced he will be dropping a new tune soon. He made this known via his respect social media timelines with a snippet of the song he posted on the 10th of September, 2021.

In the post’s caption, Yung Pabi engaged his fans in a conversation asking who he should feature on the song. Names like Sarkodie, M.anifest, Fameye, Kinaata and others came up but he eventually settled with Fameye.

Two days after, shared another snippet of the song with Fameye’s verse being played in the background and pre-order link, officially declaring 17th September 2021 as the release date.

Pre-order ‘Give Thanks’ here: https://onerpm.link/YungPabi-GiveThanks